Watch Love On A Rooftop online

What is Love On A Rooftop about? 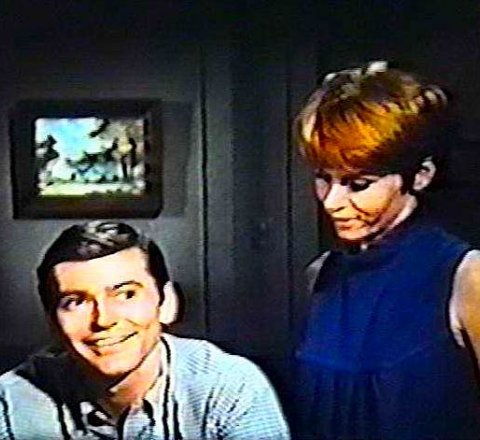 Welcome to the Love On A Rooftop guide at TV Tome. Show Type:ABC Sitcom<br> First Telecast:September 6,1966<br> Last Episode: April 6,1967<br> Episodes:30 Color Episodes; 1 B&W Unaired Pilot<br> Newlyweds Dave Willis, an apprentice architect earning $85.37 a week; and his wife, Julie, an art student, the daughter of a wealthy car salesman who relinguished her world of luxury for Dave, moved into a small, windowless, top- floor walkup apartment at 1400 McDoogal Street in San Francisco. It's only asset was an adjacent stairway which led to the roof. Also seen were the neighbors, the Parkers (Stan was an "idea" man who composed menus for a living) and Carol was his wife. Stories depict the joys of young love between a married couple from different social back- grounds and Dave's attempts to prove to Fred Hammond, Julie's father (bitter over his daughter's brashness and Dave's inability to properly support her), that h

Season 1 of Love On A Rooftop

Episode : Pilot
Episode : 117 Ways to Cook Hamburger
Episode : My Husband, the Knight
Episode : One Picture is Worth...
Episode : Who Is Sylvia?
Episode : There's Got to be Something Wrong with Her
Episode : My Father, the TV Star
Episode : The Letterbug
Episode : One Too Many Cooks
Episode : Debt of Gratitude
Episode : Murder in Apartment D
Episode 1: Love On A Rooftop
Episode 2: 117 Ways To Cool Hamburger
Episode 3: My Husband,The Knight
Episode 4: The Big Brass Bed
Episode 5: The Six Dollar Surprise
Episode 6: The Chocolate Hen
Episode 7: Homecoming
Episode 8: One Picture is Worth.....
Episode 9: Chinchilla Rag
Episode 10: Who Is Syvia?
Episode 11: War On A Rooftop
Episode 12: Dave's Night Out
Episode 13: There's Got To Be Somthing Wrong With Her
Episode 14: But Is IT Really You?
Episode 15: The Fifty Dollar Misunderstanding
Episode 16: Frocks Of Trouble
Episode 18: Going Home To Daughter
Episode 19: Let It Rain
Episode 20: King Of The Castle
Episode 21: My Father The TV Star
Episode 22: Who Was That Husband I Saw You With?
Episode 23: Shotgun Honeymoon
Episode 24: Musical Apartments
Episode 25: Low Calorie Love
Episode 26: The Sell Out
Episode 27: The Leter Bug
Episode 28: Dept Of Gratitude
Episode 29: Murder In The Apartment D
Episode 30: One Too Many Crooks
Episode 31: Stork On A Rooftop
click here to see where to watch