Watch My Mother the Car online

What is My Mother the Car about? 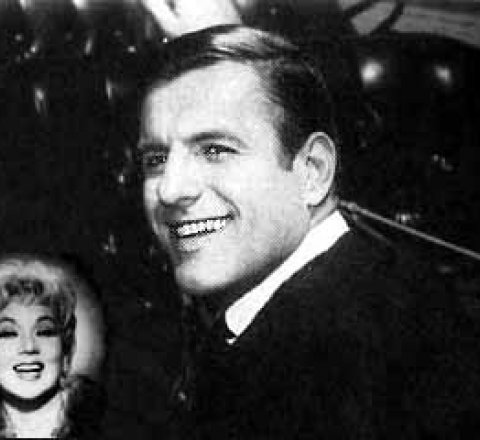 Show Type: Situation Comedy First Telecast: September 14, 1965 Last Telecast: September 6, 1966 Episodes: 30 B&amp;W?/Color Episodes Theme Song: "My Mother the Car" Written by: Paul Hampton Sung by: Paul Hampton (Scroll down for the lyrics) My Mother the Car may very well be known as the most notorious short-lived sitcom of all time and it's solely due to it's premise, a talking car. The series was first seen in September of 1965 on NBC and joined the ranks of other "fantasy" driven sitcoms of the time, including Bewitched, I Dream of Jeannie, Gilligan's Island, and Mister Ed, to name a few. The pilot episode introduces us to the world of Dave Crabtree. Dave is your ordinary family man, married to wife Barbara and they have two children, Randy and Cindy. However, it's when he purchases a 1928 Porter, that he discovers that another family member is living with him, his deceased mother. It seems Dave Crabtree's mother has been reincarn

Season 1 of My Mother the Car

Episode 1: Come Honk Your Horn
Episode 2: The De-Fenders
Episode 3: What Makes Auntie Freeze
Episode 4: Lassie, I Mean Mother, Come Home
Episode 5: Burned at the Steak
Episode 6: I'm Through Being a Nice Guy
Episode 7: Lights, Camera, Mother
Episode 8: The Captain Manzini Grand Prix
Episode 9: TV or Not TV
Episode 10: My Son, the Ventriloquist
Episode 11: My Son, the Judge
Episode 12: And Leave the Drive-In to Us
Episode 13: For Whom the Horn Honks
Episode 14: Hey Lady, Your Slip Isn't Showing
Episode 15: Many Happy No-Returns
Episode 16: Shine On, Shine On, Honeymoon
Episode 17: I Remember Mama, Why Can't You Remember Me?
Episode 18: Goldporter
Episode 19: The Incredible Shrinking Car
Episode 20: I'd Rather Do it Myself, Mother
Episode 21: You Can't Get There From Here
Episode 22: A Riddler on the Roof
Episode 23: My Son, the Criminal
Episode 24: An Unreasonable Facsimile
Episode 25: Over the Hill to the Junkyard
Episode 26: It Might as Well Be Spring as Not
Episode 27: Absorba the Greek
Episode 28: The Blabbermouth
Episode 29: When You Wish Upon a Car
Episode 30: Desperate Minutes
click here to see where to watch