What is I Spy about? 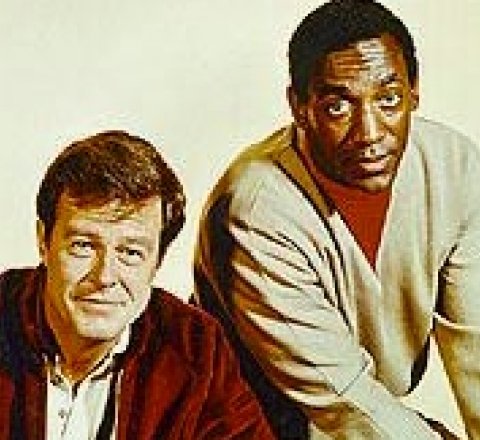 A pair of American operatives work undercover as a tennis pro and his trainer. Kelly Robinson is the man with a racket, Alexander Scott is, among other things, a polyglot. The creation of the Cinemobile for location shooting enabled far-flung episodes in Hong Kong, Europe, Mexico, etc. The writing is of a standard that would be very difficult to match in any circumstances, or as Scott & Robinson might say, the wonderfulness of its marvelousness is only equal to the marvelousness of its wonderfulness.

Season 1 of I Spy

(watch here)
Episode : Carry Me Back to Old Tsing Tao
Episode 1: So Long, Patrick Henry
Episode 2: A Cup of Kindness
Episode 3: Carry Me Back to Old Tsing-Tao
Episode 4: Chrysanthemum
Episode 5: Dragon's Teeth
Episode 6: The Loser
Episode 7: Danny Was a Million Laughs
Episode 8: The Time of the Knife
Episode 9: No Exchange on Damaged Merchandise
Episode 10: Tatia
Episode 11: Weight of the World
Episode 12: Three Hours on a Sunday Night
Episode 13: Tigers of Heaven
Episode 14: Affair in T'Sien Cha
Episode 15: The Tiger
Episode 16: The Barter
Episode 17: Always Say Goodbye
Episode 18: Court of the Lion
Episode 19: Turkish Delight
Episode 20: Bet Me a Dollar
Episode 21: Return to Glory
Episode 22: The Conquest of Maude Murdock
Episode 23: A Day Called 4 Jaguar
Episode 24: Crusade to Limbo
Episode 25: My Mother, the Spy
Episode 26: There Was a Little Girl
Episode 27: It's All Done with Mirrors
Episode 28: One Thousand Fine

Season 2 of I Spy

Season 3 of I Spy