Watch Arthur of the Britons online

What is Arthur of the Britons about? 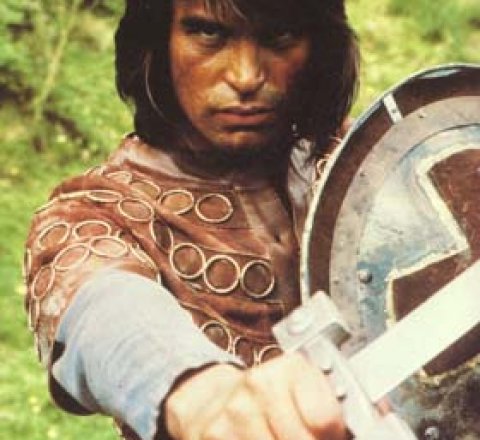 Arthur of the Britons was a drama series which aimed to throw light on the Dark Ages in Britain - an age in which Romanized Britons might have been led against invading Angles and Saxons by a Celtic warlord we now call King Arthur. Oliver Tobias gives us a virile and thoughtful Arthur, beset by problems at home and abroad, while Kai, his right hand man, was played by the late Michael Gothard. They are supported by a strong crew working on a limited budget, but in impressive locations. The series was last repeated in the UK in 1983, but at least one video tape of the production is still available - a ninety-minute compilation first issued in 1975 under the title 'King Arthur: Young Warlord'. "Historians know little that is factual about this period in our history, but upon one thing they are agreed - the legendary picture of Arthur is a fantasy, the truth was different. Camelot was an unlovely encampment of log and thatch within cunning defences." - Patrick Dromgoole, Exec

Season 1 of Arthur of the Britons

Episode 1: Arthur is Dead
Episode 2: The Gift of Life
Episode 3: The Challenge
Episode 4: The Penitent Invader
Episode 5: People of the Plough
Episode 6: The Duel
Episode 7: The Pupil
Episode 8: Rolf the Preacher
Episode 9: Enemies and Lovers
Episode 10: The Slave
Episode 11: The Wood People
Episode 12: The Prize

Season 2 of Arthur of the Britons

Episode 1: The Swordsman
Episode 2: Rowena
Episode 3: The Prisoner
Episode 4: Some Saxon Women
Episode 5: Go Warily
Episode 6: The Marriage Feast
Episode 7: In Common Cause
Episode 8: Six Measures of Silver
Episode 9: Daughter of the King
Episode 10: The Games
Episode 11: The Treaty
Episode 12: The Girl from Rome
click here to see where to watch