What is The Brady Bunch about? 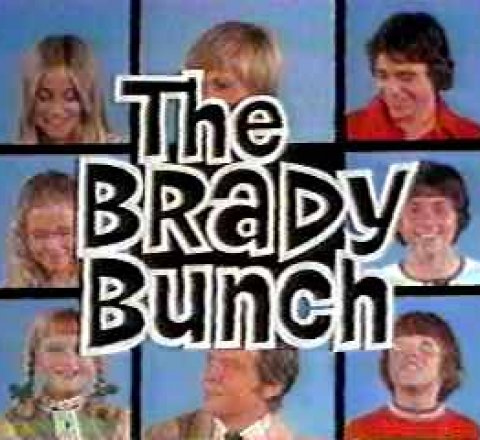 The Brady Bunch was one of the last of the old-style fun-around-the-house situation comedies, full of well-scrubbed children, trivial adventures, and relentlessly middle-class parents. The premise here was a kind of conglomerate family, formed by a widow with three daughters who married a widower with three sons; a nutty housekeeper, Alice, thrown in to act as referee; plus, of course, the family cat and a shaggy dog, Tiger. All of these smiling faces lived in a four-bedroom, two-bathroom house in the Los Angeles suburbs, from which Dad pursued his nice, clean profession as a designer and architect. Typical stories revolved around the children going steady, family camping trips, competition for the family telephone (at one point Dad installed a pay phone), and of course war in the bathroom.

Season 1 of The Brady Bunch

Episode : Kitty-Karry-All is Missing
Episode 1: The Honeymoon
Episode 2: Dear Libby
Episode 3: Eenie, Meenie, Mommy, Daddy
Episode 4: Alice Doesn't Live Here Anymore
Episode 5: Katchoo
Episode 6: A Clubhouse Is Not a Home
Episode 7: Kitty Karry-All is Missing
Episode 8: A-Camping We Will Go
Episode 9: Sorry, Right Number
Episode 10: Every Boy Does It Once
Episode 11: Vote for Brady
Episode 12: The Voice of Christmas
Episode 13: Is There a Doctor in the House?
Episode 14: Father of the Year
Episode 15: 54-40 and Fight
Episode 16: Mike's Horror-Scope
Episode 17: The Undergraduate
Episode 18: Tiger, Tiger!
Episode 19: The Big Sprain
Episode 20: Brace Yourself
Episode 21: The Hero
Episode 22: The Possible Dream
Episode 23: To Move or Not to Move
Episode 24: The Grass is Always Greener
Episode 25: Lost Locket, Found Locket

Season 2 of The Brady Bunch

Season 3 of The Brady Bunch

Season 4 of The Brady Bunch

Season 5 of The Brady Bunch