What is The Rat Patrol about? 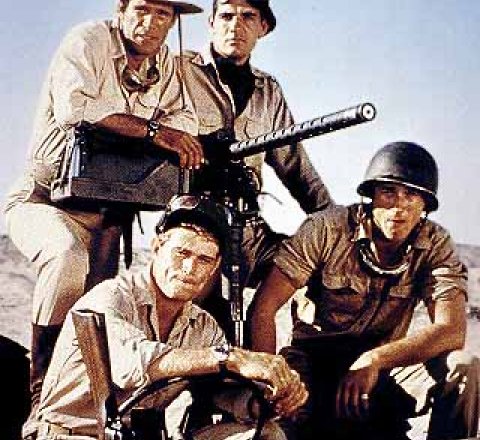 Welcome to The Rat Patrol guide at TV Tome. 'Leapin' Jeeps !!!' The Rat Patrol centers around the adventures of four-man team of commandos called "The Rats" who are stationed as part of The Long Range Desert Group in North Africa during World War II. The Rats are lead by Sergeant Sam Troy (Christopher George) and the other three are his soldiers. Their mission is to attack Rommel's Afrika Korps and to capture their enemy and nemesis, Hauptmann Dietrich(Eric Braeden, Young & the Restless). ... & a BIG thanks to John for his efforts... did you also post the pic ??? any more info, pix, etc. would be appreciated from those of us who love[d] the Rat Patrol... & a picture ID: front, L-R... Lawrence Casey & Christopher George; back, L-R... Gary Raymond & Justin Tarr...

Season 1 of The Rat Patrol

Season 2 of The Rat Patrol