Watch Back to Sherwood online

What is Back to Sherwood about? 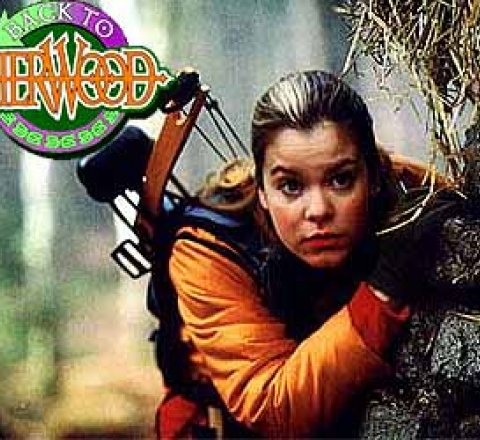 Robyn Hood, (not the one from the book but a modern day teenager) travels back in time to discover that she is in Sherwood Forest where the famous Robin Hood once lived. Using a magic amulet, given by her grandfather she has to rescue her famous ancestors from a wicked sorceress. The sixteen-year-old, a descendent of Robin Hood, must battle against the rich and help the poor in the late twelfth century England while trying to find the five kings gifts to release her ancestors. She is helped by William De Gisbourne who is the son of Guy De Gisbourne (Arch enemy to Robin Hood), Joan Little who is the Daughter of Little John a member of Robin Hood's band of merry men, Phil Scarlet who is the Son of Will Scarlet member of Robin's band of merry men, and Alana Dale who is the daughter of Alan A'Dale, a Minstrel who was one of the inner circle of Robin Hood. Robin Hood(Maccabe) and Lady Marion(Marcil) never actually had any lines in this series

Season 1 of Back to Sherwood