What is Isis about? 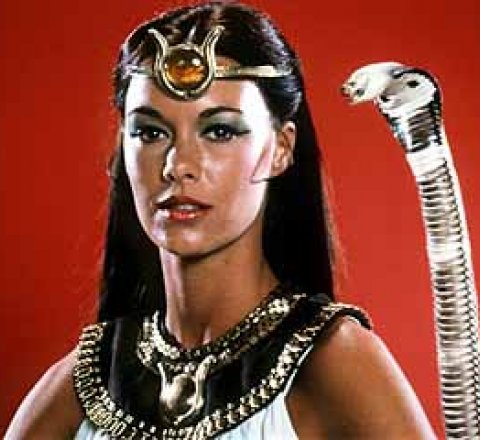 Thousands of years ago, Egyptian Queen Hatchupset was given an amulet by her Royal Wizard. This amulet empowered the queen with the powers of the goddess Isis; to command the elements of sky and earth. Flash forward to present time (1970's that is) young science teacher Andrea Thomas found this lost amulet while on an archaeological dig. She found she was heir to the "Secrets of Isis." By bearing the necklace that had the amulet, and calling out the phrase "OH MIGHTY ISIS," Andrea was transformed into Isis. As Isis, she could "soar as the falcon soars, run with the speed of gazelles, and command all the elements of sky and earth." In order to invoke her powers, she had to recite incantations. Her most famous incantation - "Oh zephyr winds which blow on high, lift me now so I can fly" - assisted her in taking flight. She also had control of animals, fire, water, etc. Her powers were usually used to help teach young people she came in c

Episode 1: Seeing Eye Horse
Episode 2: The Hitchhiker
Episode 3: The Class Clown
Episode 4: The Cheerleader
Episode 5: Year of the Dragon
Episode 6: Now You See It... (1)
Episode 7: ...And Now You Don't (2)
click here to see where to watch