What is Tales of the Gold Monkey about? 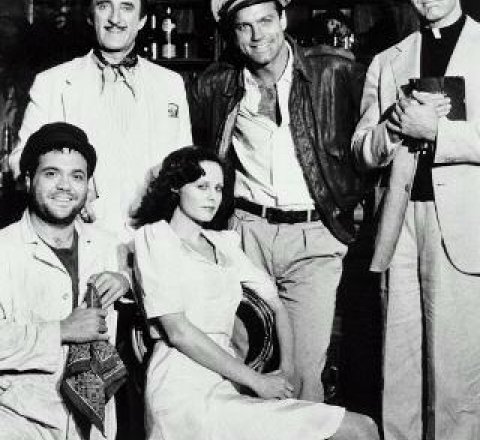 Welcome to the Tales of the Gold Monkey guide at TV Tome. The adventures of seaplane pilot and soldier of fortune Jake Cutter in the South Pacific of 1938. Jake, a former Flying Tigers pilot, made his home on the island of Boragora along with his one-eyed dog Jack and his mechanic Corky. Other companions were Bon Chance Louie, the local magistrate and owner of the Monkey Bar hangout, Sarah Stickney White, the bar's singer who was actually an American spy, and Dutch minister Willie Tenboom who was actually a German spy. Rounding out the cast of schemers was Princess Kogi, ruler of the nearby island of Matuka, and the samurai warrior Todo who commanded her private army.

Season 1 of Tales of the Gold Monkey