What is Undergrads about? 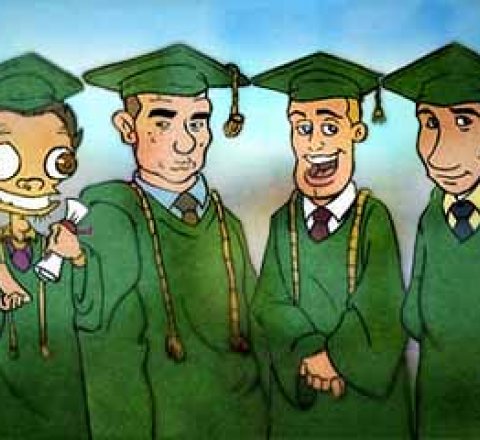 Undergrads is a cartoon that originally aired on MTV, about four life long friends who separate for the first time to attend different colleges. The show revolves around the four friends, Nitz, Rocco, Cal & Gimpy either meeting new friends at their new colleges, or hanging out with each other & dealing with each others annoying habits and tendencies.