What is The Cosby Show about? 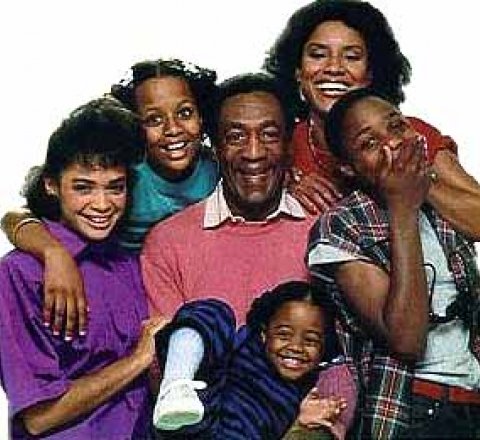 Dr. Heathcliff "Cliff" Huxtable was an OBGYN (obstetrician/gynecologist), and his wife Clair was a successful attorney. They had five children: Sondra, Denise, Theo, Vanessa and Rudy. Sondra was rarely seen during the first season because she was away at Princeton. She became a regular character in the second season, and was usually seen with her on-again off-again beau, Elvin. They eventually married and had twins; but not before stunning their families by announcing the fact that Elvin was dropping out of medical school to open a camping store, and Sondra was dropping out of law school to help her husband in his endeavor. Denise was the "unique" child, the black sheep of the family. She had her own way of doing things, right down to the style of clothing she wore. After graduating high school, she left for Hillman College in 1986 (a year later, this would become the setting for the spin-off A Different World), but returned two years later with news that she was dropping ou

Season 1 of The Cosby Show

Season 2 of The Cosby Show

Season 3 of The Cosby Show

Season 4 of The Cosby Show

Season 5 of The Cosby Show

Episode 1: Together Again and Again
Episode 2: The Physical
Episode 3: Rudy's All-Nighter
Episode 4: Move It (a.k.a. The Baby Game)
Episode 5: Out of Brooklyn
Episode 6: The Birth (1)
Episode 7: The Birth (2)
Episode 8: Cyranoise de Bergington
Episode 9: How Do You Get to Carnegie Hall?
Episode 10: If the Dress Fits, Wear It
Episode 11: Is There a Hamster in the House?
Episode 12: Truth or Consequences
Episode 13: Cliff Babysits
Episode 14: Mrs. Huxtable Goes to Kindergarten
Episode 15: The Lost Weekend
Episode 16: No Way, Baby
Episode 17: Can I Say Something, Please?
Episode 18: The Dead End Kids Meet Dr. Lotus
Episode 19: The Boys of Winter
Episode 20: It Comes and It Goes
Episode 21: Theo's Women
Episode 22: Birthday Blues
Episode 23: A Room With No View
Episode 24: What He Did for Love
Episode 25: Day of the Locusts
Episode 26: 57 Varieties

Season 6 of The Cosby Show

Season 7 of The Cosby Show

Episode 1: Same Time Next Year
Episode 2: Bird in the Hand
Episode 3: The Last Barbecue
Episode 4: Period of Adjustment
Episode 5: It's All in the Game
Episode 6: Getting the Story
Episode 7: Just Thinking About It (1)
Episode 8: Just Thinking About It (2)
Episode 9: The Infantry Has Landed (and They've Fallen Off the Roof)
Episode 10: You Can Go Home Again
Episode 11: It's a Boy
Episode 12: Clair's Liberation
Episode 13: It's Your Move
Episode 14: Theo's Final Final
Episode 15: Attack of the Killer B's
Episode 16: Total Control
Episode 17: Adventures in Babysitting
Episode 18: 27 and Still Cooking
Episode 19: The Return of the Clairettes
Episode 20: No More Mr. Nice Guy
Episode 21: Home Remedies
Episode 22: Nightmare on Stigwood Avenue
Episode 23: There's Still No Joy in Mudville
Episode 24: Cliff and Jake
Episode 25: Theo and the Kids (1)
Episode 26: Theo and the Kids (2)

Season 8 of The Cosby Show

Episode : The Cosby Show: A Look Back
Episode 1: With This Ring?
Episode 2: There's No Place Like This Home
Episode 3: Particles in Motion
Episode 4: Pam Applies to College
Episode 5: Warning: A Double-Lit Candle Can Cause a Meltdown
Episode 6: It's Apparent to Everyone
Episode 7: The Iceman Bricketh
Episode 8: Olivia's Field Trip
Episode 9: For Men Only
Episode 10: Olivia Comes Out of the Closet
Episode 11: Two Is a Crowd
Episode 12: Clair's Place
Episode 13: Theo's Future
Episode 14: The Price Is Wrong
Episode 15: Bring Me the Lip Gloss of Deirdre Arpelle
Episode 16: Eat, Drink and Be Wary
Episode 17: The Getaway
Episode 18: Cliff Gets Jilted
Episode 19: Cliff and Theo Come Clean
Episode 20: Clair's Reunion
Episode 21: Rudy's Retreat
Episode 22: You Can't Stop the Music
Episode 23: Some Gifts Aren't Deductible
Episode 24: And So We Commence (1)
Episode 25: And So We Commence (2)
click here to see where to watch