What is Cupid about? 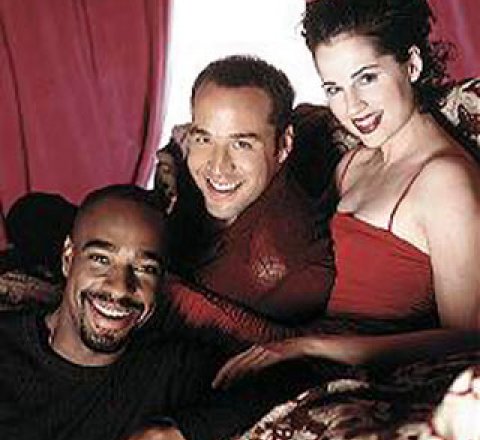 This is the story of a man, Trevor Hale (Jeremy Piven), who claims to be Cupid, the God of Love, sent to Earth as a punishment. To earn his place back on Mount Olympus, he must reunite a hundred couples without the use of magic. He has been stripped of his powers and has become a normal human being for the length of his stay among us. Because of his claims, Trevor is thought to be delusional and placed under psychology study. He must attend Claire's (Paula Marshall) therapy groups on a regular basis, where he usually likes to interfere and contradict her. Although the show is based on a fantasy premise, it is mostly an excuse. There have been no proofs so far that Trevor really is Cupid and for all we know, he really could be just another nutcase. Yet, his ability to bring couples together, his great knowledge of Greek mythology and many other elements can only make one wonder.