What is Fame L.A. about? 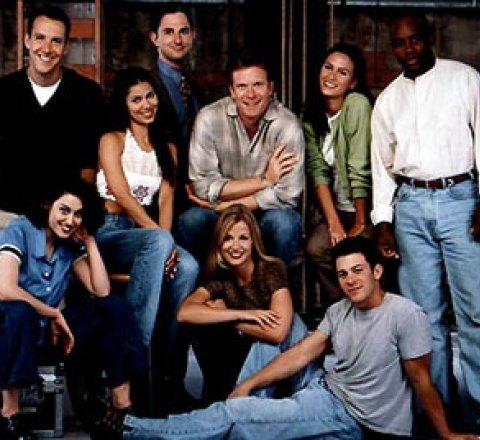 Fame L.A. had only a brief stint on the fox network from 1997-1998. More of an updated version of the 80's television series "Fame" follows a variety of characters starving to find what everyone else in L.A. is looking for, Fame. Owner of cafe Who's Who David Graysmark who himself was once an aspiring actor also teaches an acting class to a group of talented sorts who he not only teaches, but shelters and employs as well. Set in a living, breathing community known as The Jungle, a famed two-block area near the Venice Beach area of L.A., the series follows a group of young actors, singers, dancers, musicians, and stand-ups from all walks of life, capturing their struggle to succeed in the world's entertainment capital. THEME SONG Fame is the fire that fuels the dream That powers the engine that turns the world Passion and lightning create the spark That lives in the heart of a boy and girl Everyone tries in their own way Everyone waits on a dream The stars in the h