What is The Court about? 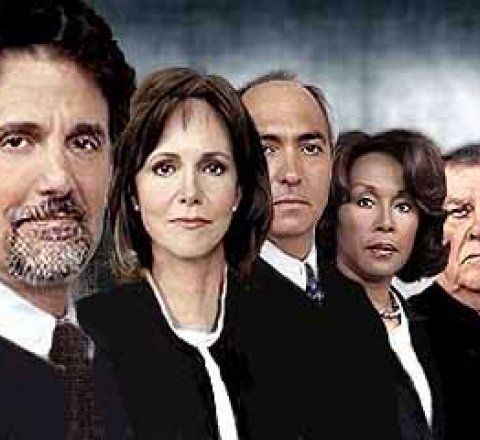 Welcome to The Court guide at TV Tome. The Court revolves around the new Supreme Court Justice Kate Nolan, as she tries to navigate between the liberal and conservative aspects of her occupation (struggling to find her way through the political aspects of the court). This series premiered on ABC on March 26, 2002, but the series was cancelled only after three episodes. ABC BROADCAST HISTORY March 2001-April 2001- - -Tuesdays 10:00pm Lasted only 3 episodes , 3 Remain Unaired Head Editor: movie &amp; tv freak

Season 1 of The Court

Episode 1: Life Sentence
Episode 2: Due Process
Episode 3: Stay
Episode 4: Snakes In The Grass
Episode 5: A Wing And A Prayer
Episode 6: Back In The Bottle
click here to see where to watch