What is Noddy about? 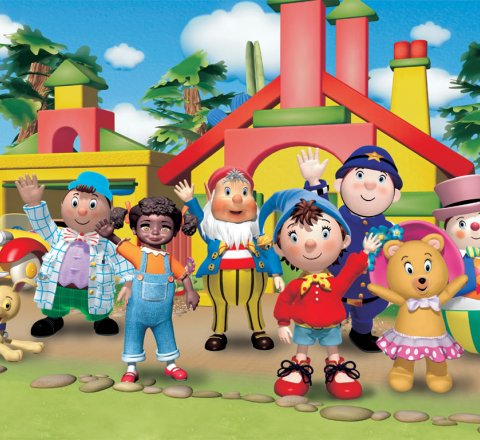 Noddy was the brainchild of Enid Blyton, who in 1949 authored the children's book Noddy Goes to Toyland. That was just the beginning of a long and prosperous journey. In 1975 Brian Cosgrove and Mark Hall worked out of Stop Frame Productions to create stop-action animated shorts surrounding Britain's storybook legend Noddy, the central figure in Toyland. He was a character of boundless spirit, one who never left Cosgrove-Hall Productions or the devoted fans. Before the age of 50 (theoretically), Noddy had earned worldwide fame. Only one land eluded him: America. The Noddy guide at TV Tome is devoted to the 1998-99 North American "expanded" version of the newer Noddy animations produced by Brian Cosgrove and Mark Hall. These larger programs were set in a toy store called the NODDY Shop. Noah, a former old salt, ran the store and gave his young friends full writ to play with his favorite toys. None was more beloved than Noddy. When the kids pretended, action shifted