What is Power Play about? 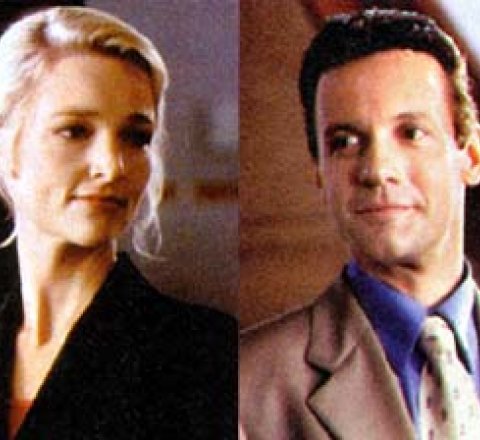 Welcome to the Power Play guide at TV Tome. Ruthless New York sports agent Brett Parker returns to his hometown of Hamilton, Ontario intending to move their NHL franchise, the Hamilton Steelheads, to Houston for a pile of cash. Once home, however, Parker becomes the team's new General Manager after the current GM dies in fron tof him. He sets out to turn the bumbling team around, while forging a relationship with his estranged daughter and clashing with the Steelheads' equally ruthless corporate president. The series was made in Toronto, and aired for two seasons on CTV. In the US, UPN bought the show, but yanked it after two episodes. Hamilton, Ontario is a real city. The Spectator is really their newspaper, and Copps Colliseum, where the Steelheads play, is a real arena. The Steelheads, however, are an entirely fictional team. Their name is a play on the fact that Hamilton is the steel town of Ontario. The steelhead is also a fish, which is the team's logo

Episode 1: Everything is Broken
Episode 2: Resign or Re-Sign
Episode 3: Manipulation
Episode 4: Evasion
Episode 5: Temptation
Episode 6: The Truth
Episode 7: The Jumper
Episode 8: The Mask
Episode 9: Foolish Hearts
Episode 10: The Quarter Finals
Episode 11: The Cubicle
Episode 12: The Finals
Episode 13: What It All Meant
click here to see where to watch