What is Mighty Max about? 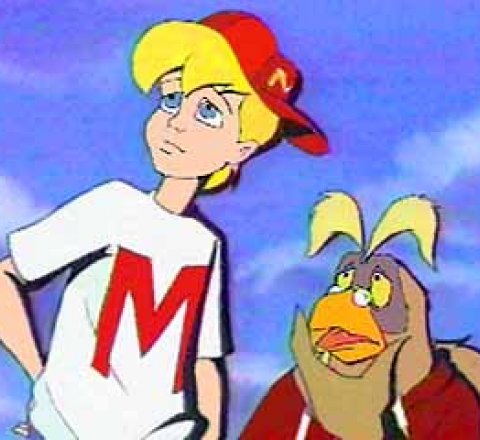 Mighty Max is an American animated action/sci-fi/horror television series which aired from 1993 to 1994 to promote the British Mighty Max toys, an offshoot of the Polly Pocket line, created by Bluebird Toys in 1992. It ran for two seasons, with a total of 40 episodes airing during the show's run. It starred the voice talents of Rob Paulsen as Max, Richard Moll as Norman, Tony Jay as Virgil, and Tim Curry as Skullmaster.

Episode 1: A Bellwether in One's Cap
Episode 2: The Brain Suckers Cometh!
Episode 3: Snakes & Laddies
Episode 4: Day of the Cyclops
Episode 5: Let Sleeping Dragons Lie!
Episode 6: Rumble in the Jungle
Episode 7: The Mother of All Adventures
Episode 8: Norman's Conquest
Episode 9: Less Than 20,000 Squid Heads Under the Sea
Episode 10: Bring Me the Head of Mighty Max
Episode 11: Werewolves of Dunneglen
Episode 12: Out in the Cold
Episode 13: The Maxnificent Seven