Watch Out of Practice online

What is Out of Practice about? 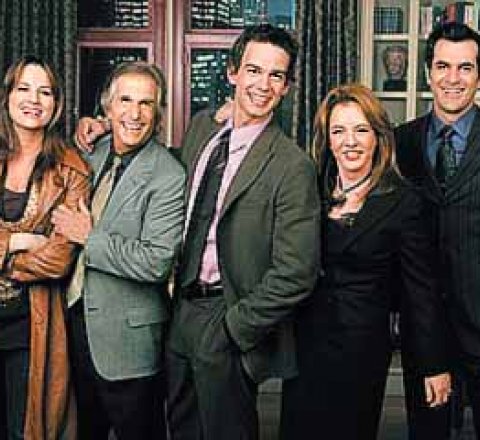 The half-hour sitcom Out of Practice will air on CBS at 9:30 PM on Mondays, beginning September 2005. The show is about a family of physicians who share the same profession but have little else in common. Ben Barnes (Christopher Gorham (Medical Investigation, Jake 2.0) is an earnest young couples' counselor whose family doesn't consider him to be a "real" doctor because he doesn't have "M.D." after his name. But despite their lofty credentials, Ben might be the best prescription for the future of this family. Stockard Channing (The West Wing), Henry Winkler (Happy Days), Ty Burrell (In Good Company) and Paula Marshall (Spin City) also star. Ben's just a psychologist, but older brother Oliver (Ty Burrell) is a successful plastic surgeon, sister Regina (Paula Marshall) is an ER-action junkie, Mom (Stockard Channing) is a prominent surgeon whose career eclipsed Dad's long before their divorce, and Dad (Henry Winkler) is dating his receptionist. But all the real docs look as though t

Season 1 of Out of Practice

Episode 1: Pilot
Episode 2: We Wanna Hold Your Hand
Episode 3: And I'll Cry if I Want To
Episode 4: The Truth About Nerds and Dogs
Episode 5: Brothers Grim
Episode 6: The Heartbreak Kid
Episode 7: Key Ingredients
Episode 8: The Wedding
Episode 9: Thanks
Episode 10: Guilt Trip
Episode 11: New Year's Eve
Episode 12: Yours, Mine or His?
Episode 13: Model Behavior
Episode 14: Hot Water
Episode 15: You Win Some, You Use Some
Episode 16: Doctor of the Year
Episode 17: Restaurant Row
Episode 18: Losing Patients
Episode 19: Doctors without Bidders
Episode 20: If These Floors Could Talk
Episode 21: The Lady Doth Protest Too Much
Episode 22: Breaking Up Is Hard To Do and Do and Do
click here to see where to watch