What is Young Blades about? 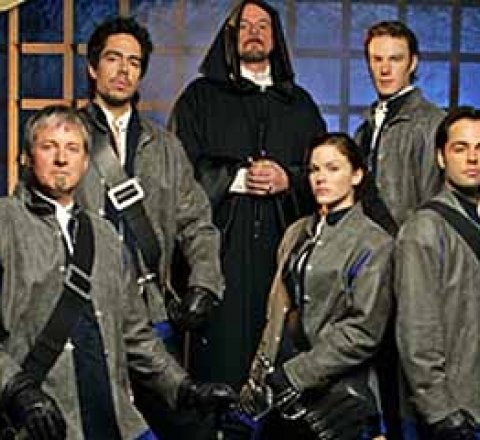 These young sword fighters-in-training take on the establishment, coming of age and a mystical evil society. Often on the sly, their missions are to defend the homeland, remain loyal to France's young King Louis, and protect the honour of the musketeers against the evil Cardinal Mazarin. The series is a visual indulgence with its era-based wardrobe fit for kings, paupers and, of course, musketeers and its elaborate European inspired set, built in Maple Ridge, BC, where the majority of filming will take place. Cast in the romantic lead role of D'Artagnan Jr. (the son of the legendary Musketeer D'Artagnan) is Tobias Mehler (Taken, Sabrina the Teenage Witch (Movie, Not TV Series), Stargate SG-1). The beautiful Jacqueline, played by Karen Cliche (Mutant X), is a natural with the sword, but can only join the Musketeer garrison in disguise as "Jacques". Zak Santiago (The L Word, Dead Zone) and Mark Hildreth (X-Men: Evolution, Andromeda) both of Vancouver, also begin their Musketee