What is Due South about? 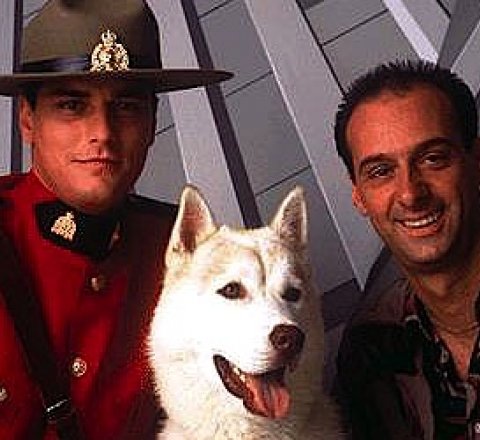 Benton Fraser comes to Chicago in an attempt to find out who killed his father. After solving the murder, he decides to stick around and work for the local Canadian consulate. He has made friends with a local detective, Ray Vecchio, whose sister, Francesca, has a major crush on him. Although Vecchio is often confused by Benton's strange way of doing things and Benton is often confused by how things are done south of the border, the two get along famously.

Season 1 of Due South

Episode 1: Free Willie
Episode 2: Diefenbaker's Day Off
Episode 3: Manhunt
Episode 4: They Eat Horses, Don't They?
Episode 5: Pizzas and Promises
Episode 6: Chinatown
Episode 7: Chicago Holiday (1)
Episode 8: Chicago Holiday (2)
Episode 9: A Cop, a Mountie and a Baby
Episode 10: The Gift of the Wheelman
Episode 11: You Must Remember This
Episode 12: A Hawk and a Handsaw
Episode 13: An Eye for an Eye
Episode 14: The Man Who Knew Too Little
Episode 15: The Wild Bunch
Episode 16: The Blue Line
Episode 17: The Deal
Episode 18: An Invitation to Romance
Episode 19: Heaven and Earth
Episode 20: Victoria's Secret (1)
Episode 21: Victoria's Secret (2)
Episode 22: Letting Go

Season 2 of Due South

Season 3 of Due South

Season 4 of Due South