What is Moonlighting about? 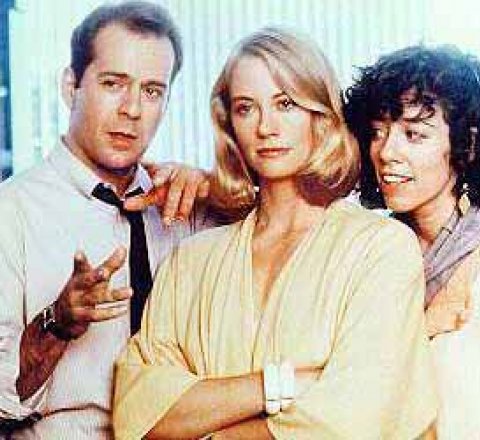 When former fashion model Maddie Hayes goes broke and finds that one of her few remaining assets is ownership of the Blue Moon Detective Agency, she is tempted to liquidate it until she meets the quirky employees and gets involved in their even quirkier cases. Moonlighting as a series was plagued by production delays and erratic scheduling. Scheduled episodes were often delayed for weeks and reruns substituted at the last minute. Many in-jokes and short fill-in pieces refer to this and other topical items at the beginning and end of some programs. Episodes 35 - 39 were particularly affected by this, and in their original broadcast contained intros dealing with the slow production pace. ABC Broadcast History March 1985 - February 1989: Tuesdays 9:00 PM April 1989 - May 1989: Sundays 8:00 PM

Episode : Pilot (1)
Episode : Pilot (2)
Episode 1: Pilot
Episode 2: Gunfight at the So-So Corral
Episode 3: Read the Mind--- See the Movie
Episode 4: The Next Murder You Hear
Episode 5: Next Stop Murder
Episode 6: The Murder's in the Mail