What is Mr. Terrific about? 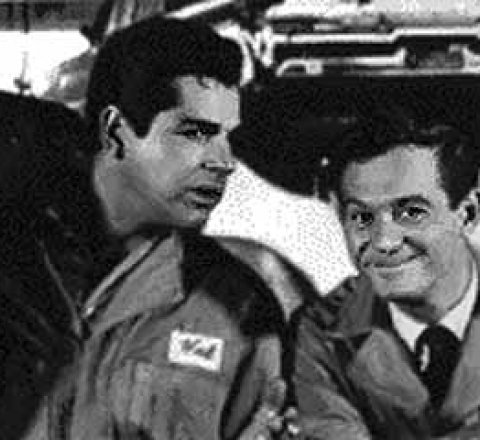 Welcome to the Mr. Terrific guide at TV Tome. "A scientist, both wise and bold, set out to cure the common cold. Instead he found this power pill, which, he said, most certainly will turn a lamb into a lion. Like an eagle he'll be flyin'. Solid steel will be like putty. It will work on anybody. But then 'twas found this potent pill made the strongest men quite ill, so the secret search began to find the one and only man. What they found made them squeamish, for only Stanley Beamish, a weak and droopy daffodil, could take the special power pill that sent him soaring through the skies fighting foes and fighting spies. When he took the pill specific, it made him the most prolific... terrific... Mr. Terrific!" New York stage actor Stephen Strimpell (on the right in the photo above along with co-star Dick Gautier) starred in this series as Stanley Beamish. Stanley was a below average guy whose unique metabolism made him the only p