What is Emeril about? 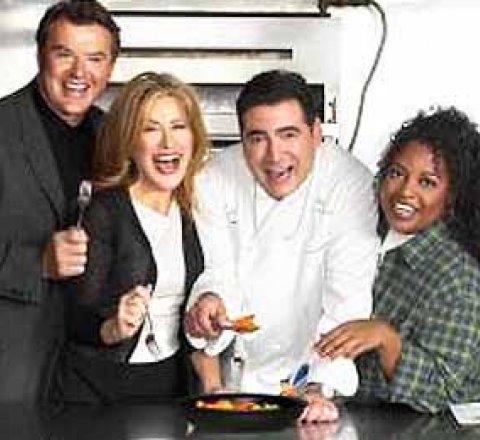 Superchef Emeril Lagasse ("Emeril Live," "Essence of Emeril") serves up his work and home life as the zesty ingredients for this half-hour comedy concocted by acclaimed television writer Linda Bloodworth and directed by her husband Harry Thomason (shared credits for "Designing Women," "Evening Shade"). Emeril essentially stars as himself in the role of a likable and popular chef who struggles to meet the shifting demands of his popular cable TV cooking series and numerous other requirements as America's top culinary expert. Lisa Ann Walter ("Life's Work") and Sherri Shepherd ("The Jamie Foxx Show") star respectively, as his brassy producer and outspoken stage manager who provide the spice and sass at his cooking show. On the kitchen's set, Emeril is distracted from his culinary focus by his show's flighty food stylist, B.D. Benson (Carrie Preston, "The Legend of Bagger Vance"), and his agent, Jerry McKenney (Robert Urich, "Spenser: For Hire"), who offers his friend a