What is Mystery Science Theater 3000 about? 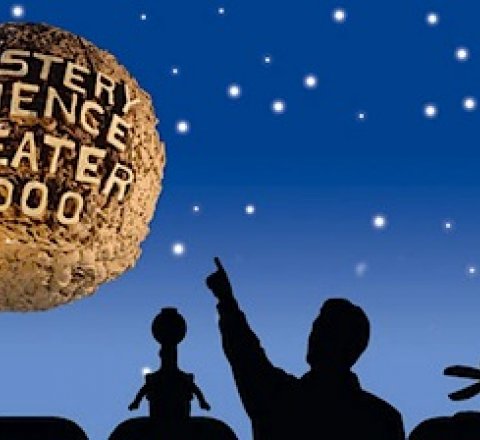 Mad scientist Dr. Clayton Forrester and his assistant, TV's Frank, have trapped a hapless soul (Joel, later Mike) in the vacuum of outer space. With their guinea pig aboard the bone-shaped Satellite of Love, they force upon him experiment after evil experiment from their underground lair. The sinister goal: find a movie so bad that it will break a man's soul, driving him to insanity. Once found, this cinematic weapon would be unleashed upon the world, turning the populace to zombies, and opening the door for Dr. Forrester's omnipotency. With the company of his robot pals Crow T. Robot and Tom Servo, the trio of deep space jesters makes the best of the situation and maintains just enough sanity through wisecracking commentary and an occasional song and dance.