What is The Alfred Hitchcock Hour about? 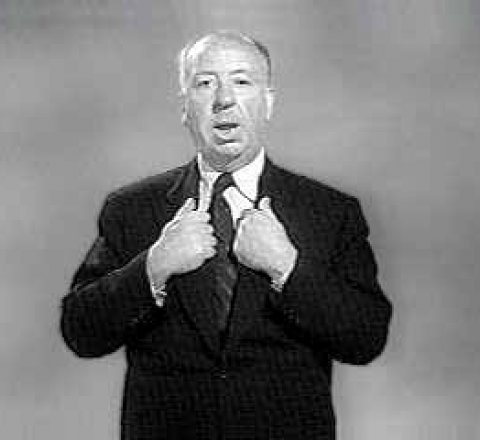 The Alfred Hitchcock Hour was a mystery and suspense anthology hosted by the master of supsense Alfred Hitchcock. Each 60 minute episode included opening and closing vingettes featuring Hitchcock who would often explain some aspect of the day's show and would often offer subtle (or not so subtle) jabs at the shows sponsors. The series premiered on CBS on Thursday, September 20, 1962 in the 10:00-11:00 PM timeslot opposite ABC's Alcoa Premiere and NBC's The Andy Williams Show. In its third season the show moved to NBC and was shown on Monday 10:00 to 11:00 PM. On NBC it was broadcast opposite ABC's Ben Casey and CBS's Slattery's People. The Alfred Hitchcock Hour featured both original works produced directly for television and adaptations of existing source material. Some authors whose work was adapted for the series include: Cornell Woolrich, Ellery Queen, H.G. Wells, Henry Slesar, John Wyndham, William Link, Ray Bradbury, and Robert Bloch. The show also featured work b

Season 1 of The Alfred Hitchcock Hour

Season 2 of The Alfred Hitchcock Hour

Episode 1: A Home Away from Home
Episode 2: A Nice Touch
Episode 3: Terror in Northfield
Episode 4: You'll Be the Death of Me
Episode 5: Blood Bargain
Episode 6: Nothing Ever Happens in Linvale
Episode 7: Starring the Defense
Episode 8: The Cadaver
Episode 9: The Dividing Wall
Episode 10: Goodbye, George
Episode 11: How to Get Rid of Your Wife
Episode 12: Three Wives Too Many
Episode 13: The Magic Shop
Episode 14: Beyond the Sea of Death
Episode 15: Night Caller
Episode 16: The Evil of Adelaide Winters
Episode 17: The Jar
Episode 18: Final Escape
Episode 19: Murder Case
Episode 20: Anyone for Murder?
Episode 21: Beast in View
Episode 22: Behind the Locked Door
Episode 23: A Matter of Murder
Episode 24: The Gentleman Caller
Episode 25: The Ordeal of Mrs. Snow
Episode 26: Ten Minutes from Now
Episode 27: The Sign of Satan
Episode 28: Who Needs an Enemy?
Episode 29: Bed of Roses
Episode 30: Second Verdict
Episode 31: Isabel
Episode 32: Body in the Barn

Season 3 of The Alfred Hitchcock Hour