What is Relic Hunter about? 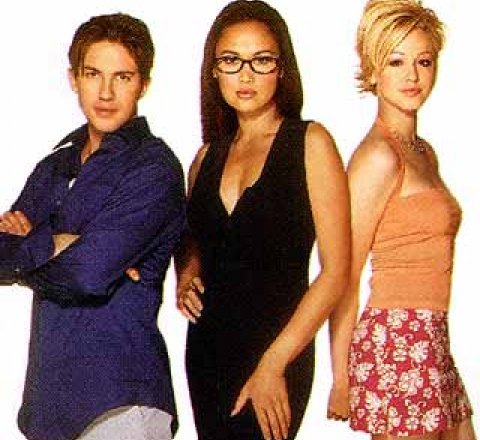 Relic Hunter follows the globe-trotting adventures of unorthodox American archaeologist Sydney Fox (Carrere) and her more reserved British assistant Nigel Bailey (Anholt). They are assisted at their 'home base,' a generic American university identified only as Trinity College, by ditzy student secretary Claudia (Booth), the spoiled and fashion-conscious daughter of one of the college's major donors. The character of Claudia was replaced in the third season by Karen Petrushky (Reichert), who is closer to the standard 'sexy secretary' stereotype but with an impressive facility for predicaments of a bureaucratic nature. Some fans have interpreted this as a network attempt to enhance the sex appeal of the series which instead contributed to its ultimate cancellation at the close of the third season. At the start of each episode, we see a short flashback in which a relic or artifact is used or abused in its original time before being lost, stolen, or hidden. We then cut to Trinity College in the present day, where Sydney and Nigel are asked to find the relic by some person or agency such as a museum, private collector, or government. Most episodes feature the duo travelling around the globe, hunting for clues in order to find the artifact. Complications abound, often with rival relic hunters getting involved, generally giving Sydney a chance to show off her martial arts prowess. It is then up to Sydney and Nigel to seize the relic and ensure it ends up in the proper hands (such as the rightful owners or a suitable museum). Each episode ends with a scene at Trinity College explaining what has happened to the relic.