What is JAG about? 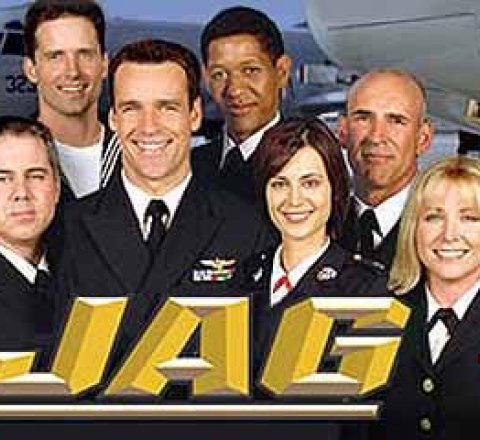 JAG (military-speak for Judge Advocate General) is an adventure drama about an elite wing of officers trained as lawyers who investigate, prosecute and defend those accused of crimes in the military. Navy Cmdr. Harmon "Harm" Rabb (David James Elliott), an ace pilot turned lawyer, and Marine Lt. Col. Sarah "Mac" MacKenzie (Catherine Bell), a beautiful by-the-book officer, are colleagues who hold the same high standards but find themselves clashing when they choose different routes to get to the same place. The unmistakable chemistry between them must be held at bay for professional reasons as they traverse the globe together with a single mission: to search for and discover the truth. Helping them with their mission is Navy Lt. Cmdr. Bud Roberts (Patrick Labyorteaux), a lawyer who proved his grit and determination when, after losing a leg in a land mine field while on a mission, fought back and became even better at his job.