What is Sonic Underground about? 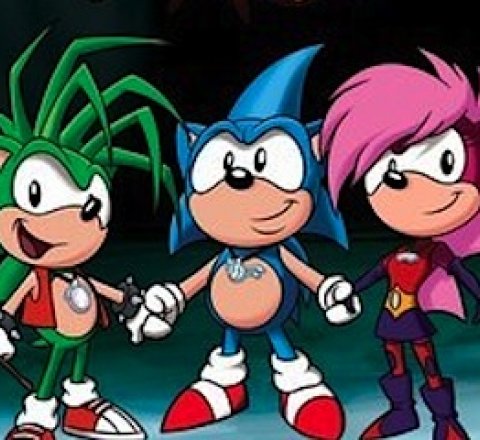 Welcome to the Sonic Underground guide at TV Tome. Sonic Underground premiered in 1999, and is the third U.S animated adventure to feature Sonic The Hedgehog, as with the previous two series, this show takes a slightly different direction and tone. This time, Sonic is one of three siblings, who together, are known as the hit rock band "Sonic Underground". In addition to being a rock band, the siblings are also the children of Aleena, queen of Mobius, who hid her kin away at an early age to keep them safe from the evil dictator who overthrew her: Sonic's age-old enemy, Dr. Robotnik. Robotnik learns of a prophecy that the hedgehogs will one day defeat him, find their mother, and restore peace to the planet. He immediately schemes to ensure the super-charged siblings do not fulfil this premonition. But with the aid of powerful medallions, Sonic, his brother Manic, and their sister Sonia, are determined to take the fight to Robotnik and his SWAT BOTS, as well as take t