What is My Big Fat Obnoxious Fiance about? 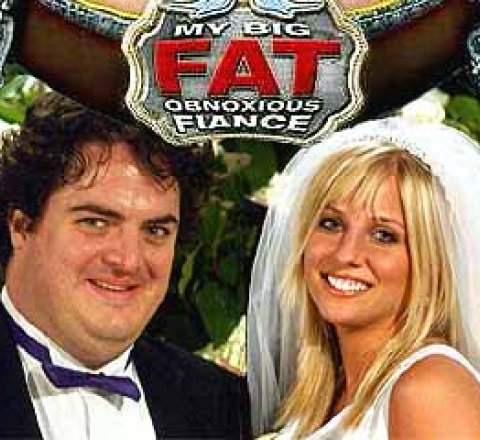 The six episode program, whose high-level concept can probably best be described as "What If Joe Schmo Got Married?", features what FOX terms "the ultimate practical joke" being sprung on an unsuspecting would-be reality show contestant. The contestant, Randi Coy, a 23-year-old first grade teacher from Scottsdale, Arizona who believes she is participating in a reality show in which she and her fake fellow contestant "fiancé" must convince their families that they became engaged on another fake as-of-yet unbroadcast reality show. If they can convince everyone of the legitimacy of their engagement and make it through the engagement party, the wedding planner visits, the best friends and family introductions, the bridal shower, the rehearsal dinner and actually the walk down the aisle without anyone discovering the truth, she wins $1,000,000. The catch is that unbeknownst to Randi, Steve (Steven W. Bailey),the other reality contestant who is pretending to be her fiancé, is actua