What is Lidsville about? 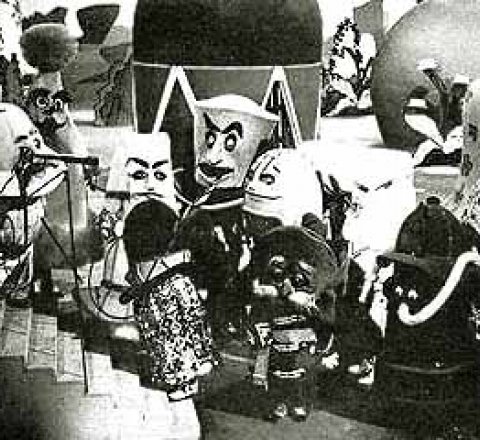 Lidsville was the Krofft's third show.<br> <br> It involves a boy (Mark) who goes to see Merlo the Magician at Six Flags over Texas. He is so intersted by what the hat can do, he decides to sneak back-stage to find out the secret.<br> <br> When it starts to grow, he climbs on the brim and falls in. After a nightmarish trip through the hat, he lands in Lidsville, the land of living hats.<br> <br> Every kind of hat is here. There is an opera hat, which is a top hat with huge side-burns. There is a cowboy hat that looks like the old twinkie mascot, and many more. There is also Hoo-Doo and the bad hats.<br> <br> To help Mark out is Weenie the Genie (Billie Hayes in a good guy role). But Hoo-Doo shook her up so much, her magic constantly goes wrong.<br> <br> Butch Patrick use to be Eddie Munster while Charles Nelson Reilly went on to be a nine year panelist on Match Game!

Episode 1: World in a Hat
Episode 2: Show Me the Way to Go Home
Episode 3: Fly Now, Vaccum Later
Episode 4: Weenie, Weenie, Where's Our Genie?
Episode 5: Let's Hear it for Whizzo
Episode 6: Is There a Mayor in the House?
Episode 7: Take Me to Your Rabbit
Episode 8: Have I Got a Girl For Hoo Doo
Episode 9: Mark and the Bean Stalk
Episode 10: Turn in Your Turban, You're Through
Episode 11: Alias, the Imperial Wizard
Episode 12: A Little Hoo Doo Goes a Long Way
Episode 13: Oh, Brother
Episode 14: Hoo Doo Who?
Episode 15: The Old Hat Home
Episode 16: The Great Brain Robbery
Episode 17: Mommy Hoo Doo
click here to see where to watch