What is The Deputy about? 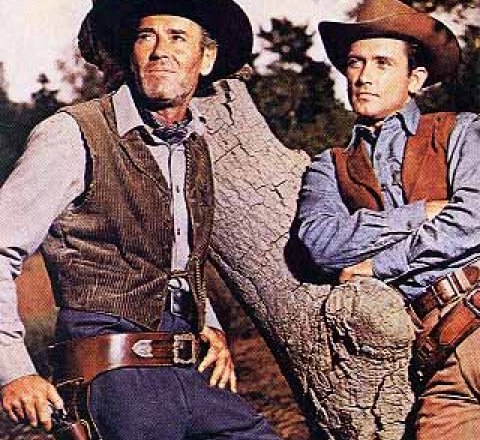 Early 1880's Arizona Territory was the setting for this western. The show is mainly concerned with the differences between Chief Marshal SIMON FRY (HENRY FONDA) who is dedicated to his job and Storekeeper CLAY MCCORD (ALLEN CASE). CLAY is an expert shot, but doesn't want to use a gun because he believes that they are the major cause of frontier violence. However, he is persuaded many times to be THE DEPUTY to help the aging town marshal in Silver City, HERK LAMSON (WALLACE FORD), keep order when the Chief Marshal was out of town. CLAY had a younger sister, FRAN (BETTY LOU KEIM), who helped him run the store. SGT. HAPGOOD TASKER (READ MORGAN) was an Army sergeant whose job was to set up a supply office in Silver City. When this character was introduced to the show, the HERK and FRAN characters were dropped. HENRY FONDA provided narration for all the episodes and was seen only when his character was in town. September 1959-September 1961 ABC Friday 9:00 -9:30 pm

Season 1 of The Deputy

Season 2 of The Deputy