What is Playhouse 90 about? 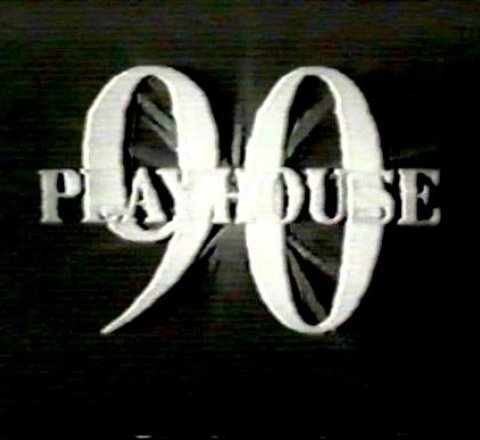 The most ambitious and acclaimed of all the anthology series', Playhouse 90 was in a league of its own. "Requiem of a Heavyweight," written by Rod Serling, garnered numerous Emmys and remains one of the best live dramas. Each week the series aired a complete 90 minute live drama. The list of talents is amazing: John Frankenheimer, Arthur Hiller, John Brahm, Arthur Penn were a few of the directors. Every angle and every shot left an impact on the viewing public. It was a treasure of a show, that rare gem that lives on.

Extras
Episode 2: Interviews with Cast of Requiem for a Heavyweight

Episode : A Sound of Different Drummers
Episode : The Edge of Innocence
Episode : Reunion
Episode 1: The Death of Manolete
Episode 2: The Dark Side of the Earth
Episode 3: Topaze
Episode 4: Sound of a Different Drummer
Episode 5: The Playroom
Episode 6: Around the World in 90 Minutes
Episode 7: The Mystery of Thirteen
Episode 8: Mr. and Mrs. McAdam
Episode 9: The Clouded Image
Episode 10: The Jet Propelled Couch
Episode 11: The Troublemakers
Episode 12: Panic Button
Episode 13: Galvanized Yankee
Episode 14: The Thundering Wave
Episode 15: For I Have Loved Strangers
Episode 16: The Lone Woman
Episode 17: Face of a Hero
Episode 18: The Last Man
Episode 19: The 80 Yard Run
Episode 20: Before I Die
Episode 21: The Gentleman from Seventh Avenue
Episode 22: The Violent Heart
Episode 23: No Time At All
Episode 24: Point of No Return
Episode 25: Portrait of a Murderer
Episode 26: The Last Clear Chance
Episode 27: The Male Animal
Episode 28: The Right-Hand Man
Episode 29: Turn Left at Mount Everest
Episode 30: The Dungeon
Episode 31: Bitter Heritage
Episode 32: Verdict of Three
Episode 33: Rumors Of Evening
Episode 34: Not the Glory
Episode 35: Nightmare at Ground Zero
Episode 36: Bomber's Moon
Episode 37: Natchez
Episode 38: The Innocent Sleep
Episode 39: A Town Has Turned to Dust
Episode 40: The Great Gatsby

Episode : The Days of Wine and Roses
Episode 1: The Plot to Kill Stalin
Episode 2: Days of Wine and Roses
Episode 3: The Time of Your Life
Episode 4: The Long March
Episode 5: Shadows Tremble
Episode 6: Words from a Sealed-Off Box
Episode 7: Heart of Darkness
Episode 8: Old Man
Episode 9: The Return of Ansel Gibbs
Episode 10: Free Weekend
Episode 11: Seven Against the Wall
Episode 12: The Nutcracker
Episode 13: Face of a Hero
Episode 14: The Wings of the Dove
Episode 15: The Blue Men
Episode 16: The Velvet Alley
Episode 17: A Quiet Game of Cards
Episode 18: Child of our Time
Episode 19: The Second Man
Episode 20: The Raider
Episode 21: The Dingaling Girl
Episode 22: Made in Japan
Episode 23: For Whom the Bell Tolls (Part One)
Episode 24: For Whom the Bell Tolls (Part Two)
Episode 25: A Trip to Paradise
Episode 26: In Lonely Expectation
Episode 27: The Day Before Atlanta
Episode 28: Judgment at Nuremberg
Episode 29: A Corner of the Garden
Episode 30: Dark December
Episode 31: Diary of a Nurse
Episode 32: A Marriage of Strangers
Episode 33: Out of Dust
Episode 34: The Rank and File
Episode 35: The Killers of Mussolini
Episode 36: Project Immortality
Episode 37: Dark as the Night
Episode 38: The Second Happiest Day

Episode 1: Target for Three
Episode 2: The Sounds of Eden
Episode 3: Misalliance
Episode 4: The Hidden Image
Episode 5: The Grey Nurse Said Nothing
Episode 6: The Tunnel
Episode 7: The Silver Whistle
Episode 8: A Dream of Treason
Episode 9: To the Sound of Trumpets
Episode 10: The Cruel Day
Episode 11: Tomorrow
Episode 12: The Hiding Place
Episode 14: Journey to the Day
Episode 15: The Shape of the River
Episode 16: In the Presence of Mine Enemies
Episode 131: Alas, Babylon
click here to see where to watch