What is Playmakers about? 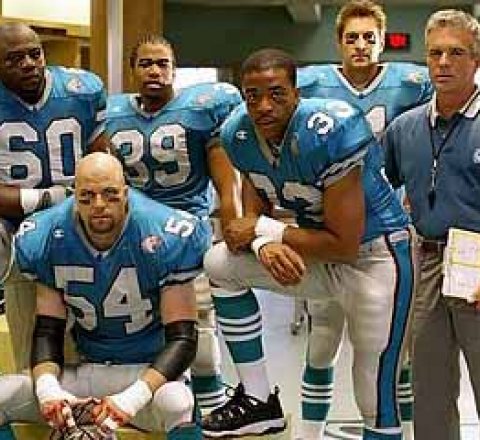 Highly stylized to generate a level of dramatic energy seldom seen on television, this lightning-paced series about a professional football team looks with unblinking candor beyond Sunday's glory, "good guy" endorsements, and super-jock celebrity. What is left is a world invested more with dark than light, where stars don't shine so much as they fall. Scripted with unsentimental compassion, the series weaves multiple storylines into an intricately patterned saga that changes minute to minute as the playmakers on the field struggle to negotiate the red zone between fame and real life, off the field.

Extras
Episode 1: Behind the Scenes
Episode 2: Cast Speaks Out