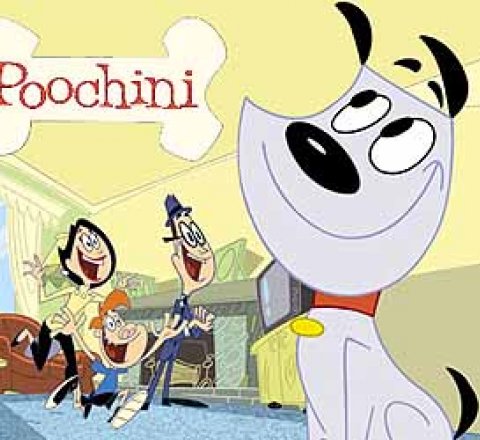 The show is about a dog named Poochini, who once lived in a life of luxury. When his owner passed on, he ran away, and got into the pound. That is where he is adopted by the Whites, an average American family, who like him right from the start. Poochini himself also adapts to the life of the un-rich and un-famous, and gets along pretty well. The show was created by Dave Thomas and is produced by himself and Dave Marshall. Here is a quick listing of the Characters: Poochini: The main character. Like I said above, he used to live in a lifestyle of luxury. Even though his new home is nothing close to that, he gets along pretty well. He always wants to help the other Whites out whenever he can. Walter White: A real handyman who is always building crazy and inferior contraptions that almost always don't work. He is also a meat guy, which kind of disappoints Wendy a little. Wendy White: Your average stay-at-home housewife w