What is My Favorite Martian about? 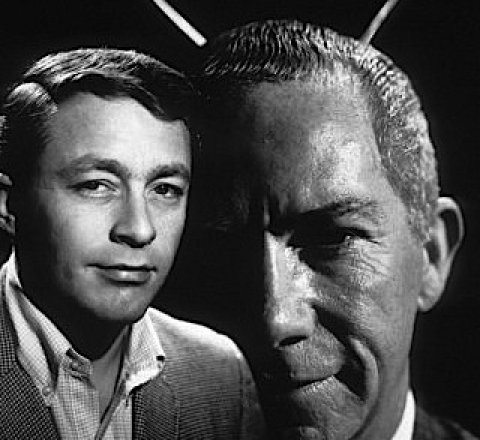 On the way to cover an assignment for his paper, The Los Angeles Sun, reporter Tim O'Hara stumbled upon a Martian whose one-man ship had crashed on Earth. Tim took the dazed Martian back to his rooming house to help him recuperate, while thinking of the fantastic story he would be able to present to his boss, Mr. Burns, about his find. The Martian, however, looked human, spoke English, and refused to admit to anyone but Tim what he was. Tim befriended him, passed him off as his uncle, and had many an interesting adventure with the stranded alien.

Season 1 of My Favorite Martian

Episode 1: My Favorite Martin
Episode 2: The Matchmakers
Episode 3: There is No Cure for the Common Martian
Episode 4: Russians R in Season
Episode 5: Man or Amoeba
Episode 6: The Man on the Couch
Episode 7: A Loaf of Bread, a Jug of Wine and Peaches
Episode 8: The Awful Truth
Episode 9: Rocket to Mars
Episode 10: Raffles No. 2
Episode 11: The Atom Misers
Episode 12: That Little Old Matchmaker, Martin
Episode 13: How to Be a Hero Without Really Trying
Episode 14: Blood is Thicker than the Martian
Episode 15: Poor Little Rich Cat
Episode 16: Rx for Martian
Episode 17: Going, Going, Gone
Episode 18: Who Am I?
Episode 19: Now You See It, Now You Don't
Episode 20: My Nephew the Artist
Episode 21: Hitchhike to Mars
Episode 22: Uncle Martin's Broadcast
Episode 23: An Old, Old Friend of the Family
Episode 24: Super-Duper Snooper
Episode 25: The Sinkable Mrs. Brown
Episode 26: Martin and the Eternal Triangle
Episode 27: Danger! High Voltage!
Episode 28: If You Can't Lick Them
Episode 29: Unidentified Flying Uncle Martin
Episode 30: How Are You Gonna Keep Them Down on the Pharmacy?
Episode 31: Miss Jekyll and Hyde
Episode 32: Who's Got the Power?
Episode 33: Oh, My Aching Antenna
Episode 34: The Disastro-nauts
Episode 35: Shake Well and Don't Use
Episode 36: A Nose for News
Episode 37: Uncle Martin's Wisdom Tooth

Season 2 of My Favorite Martian

Season 3 of My Favorite Martian

Episode 1: Go West, Young Martian (1)
Episode 2: Go West, Young Martian (2)
Episode 3: Martin of the Movies
Episode 4: Keep Me From the Church on Time
Episode 5: I'd Rather Fight Than Switch
Episode 6: Tim, the Mastermind
Episode 7: Martin Goldfinger
Episode 8: Bottled Martin
Episode 9: Hate Me a Little
Episode 10: Girl in the Flying Machine
Episode 11: The Time Machine is Waking Up That Old Gang of Mine
Episode 12: Avenue C Mob
Episode 13: Tim and Tim Again
Episode 14: Lorelei Brown vs. Everybody
Episode 15: The O'Hara Caper
Episode 16: Who's Got a Secret?
Episode 17: Heir Today, Gone Tomorrow
Episode 18: Martin's Revoltin' Development
Episode 19: TV or Not TV
Episode 20: Man From Uncle Martin
Episode 21: Martin the Mannequin
Episode 22: Butterball
Episode 23: When a Martian Makes His Violin Cry
Episode 24: When You Get Back Home to Mars, Are You Going to Get It
Episode 25: Doggone Martin
Episode 26: Virus M for Martin
Episode 27: Our Notorious Landlady
Episode 28: Martin Meets His Match
Episode 29: Horse and Buggy Martin
Episode 30: Stop the Presses, I Want to Get Off
Episode 31: My Nut Cup Runneth Over
Episode 32: Pay the Man the $24
click here to see where to watch