Watch Phil of the Future online

What is Phil of the Future about? 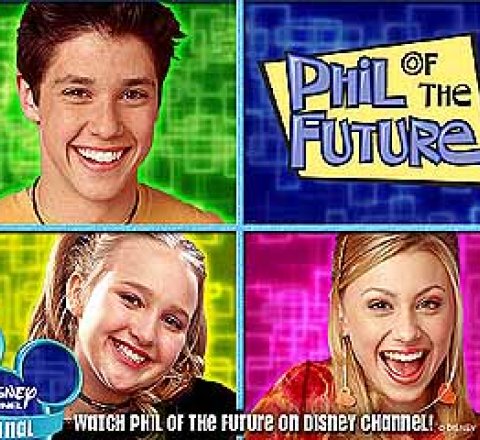 Disney Channel's hit series, Phil of the Future, tells the story of the Diffy family, a futuristic family from the year 2121. When the eccentric dad, Lloyd, rents a time machine for their family vacation, everyone is excited. But then something goes wrong. Their time machine malfunctions and they are thrown out of the space/time continuim in the year 2004. The time machine has broken, and Lloyd is having trouble fixing it, so he, his part-robotic wife Barbara, and his kids: fifteen-year-old Phil Diffy (Ricky Ullman) and his thirteen-year-old daughter Pim, the little menace of the family, are forced to live in the past and pretend to be a normal family in the suburban town of Pickford. The only person who knows their secret is Keely Teslow, Phil's best friend. Together they deal with the things that every teenager in 2004 must deal with: school, bullies, significant others, crushes, homework...and then add the Diffys' habit of getting into trouble by using their futuristic gadgets, such as the Wizrd, the Insta-Morph, Skyaks, the DNA Scramber, and much more.

Season 1 of Phil of the Future

Season 2 of Phil of the Future