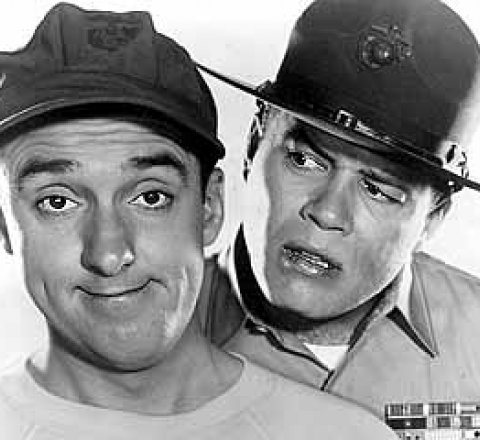 Gomer Pyle was a sweet but not too smart Marine from Mayberry, North Carolina who was stationed at Camp Henderson near Los Angeles, California. Gomer's innocence, naivete and low-key demeanor often got him into trouble, most frequently at the hands of his loud-mouthed superior, Sgt. Carter. Duke, Frankie, Lester and Larry were some of Gomer's pals and fellow enlisted men at Camp Henderson,