What is The Sentinel about? 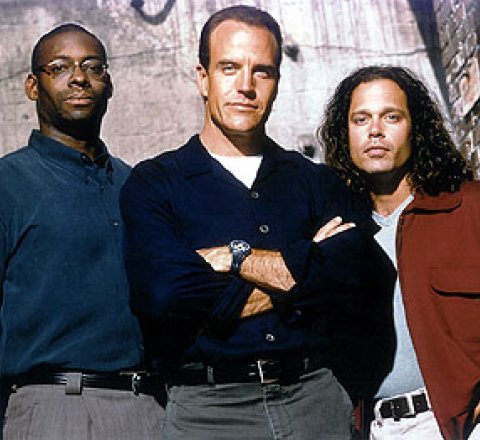 Jim Ellison was a U.S. Army Ranger who spent 18 months in the Peruvian jungle after his unit was killed. During this time, he developed hyperactive senses that came online five years later, when he was a detective in Cascade PD's Major Crimes Department. When he goes to the hospital to see a doctor, he finds instead Blair Sandburg, an anthropologist from Rainier University who tells him that he's a Sentinel. In ancient tribes, Sentinels protected the village. For Jim, Cascade is his village. Blair has been studying Sentinel mythology for years, but he never found before a person with all five senses enhanced, a true Sentinel. Blair helps Jim control his senses and joins Jim as a police observer. To the surprise of many people, this unlikely partnership works and together they fight against crime in the streets of Cascade. Jim's hyperactive senses mean he can see beyond what others see, even in the dark, and with more detail; hear sounds that are farther than normal range or too low for anybody else; sense what nobody else can with taste, touch and smell, in short becoming a walking forensic lab. But Jim's powers have a drawback: if he concentrates too strongly in one sense, he could "zone out", a kind of catatonic state. Part of Blair's job is preventing the zone outs. The only person who knows Jim's secret, apart from Blair, is his captain and friend, Simon Banks, and in the last half season, so does Megan Connor.

Season 1 of The Sentinel

Season 2 of The Sentinel

Season 3 of The Sentinel

Season 4 of The Sentinel