What is Trailer Park Boys about? 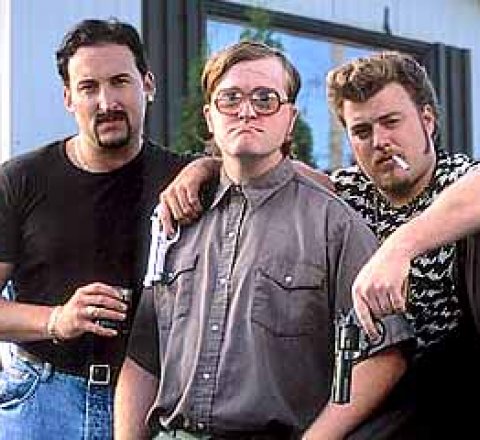 Trailer Park Boys is a series about love, friends and family - or perhaps it's about everything that can go wrong with love, friends and family. At the centre of Trailer Park Boys are Ricky (Robb Wells) and Julian (John Paul Tremblay), two guys whose lives were shaped by their experiences growing up in the Trailer Park. Their childhood was typical of most trailer park kids - stealing, fighting, smoking, drinking, scamming and listening to Van Halen. The Boys have had their share of trouble with the law. Most of their adult lives have been spent behind bars of one kind or another. In fact, as the inaugural series begins, both Ricky and Julian are getting out of jail. Ricky and Julian blame each other for this most recent incarceration and, now, as Julian prepares to start all over again, he refuses to talk to Ricky. Julian wants and tries throughout the series to go straight - but old habits die hard. And that's just fine with Ricky. And this is what starts all the crazy events that takes place in the mocumentary-comedy of Trailer Park Boys.