What is Sym-Bionic Titan about? 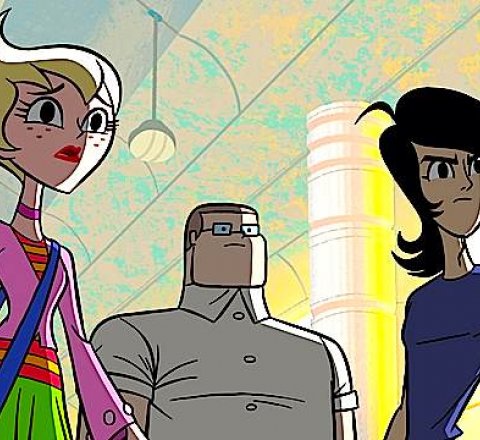 Sym-Bionic Titan was an American animated television series created by Genndy Tartakovsky for Cartoon Network. The series focused on a trio made up of an alien princess, a rebellious soldier, and a robot; these three characters are able to combine to create the titular Sym-Bionic Titan. A preview of the series was first shown at the 2009 San Diego Comic-Con International, and further details were revealed at Cartoon Network's 2010 Upfront. The series premiered on September 17, 2010. Cartoon Network initially ordered 20 episodes; Tartakovsky had hoped to expand on that, but the series was not renewed for another season. Tartakovsky is now reported to have moved on to Sony Pictures Animation.