What is The Adventures of Swiss Family Robinson about? 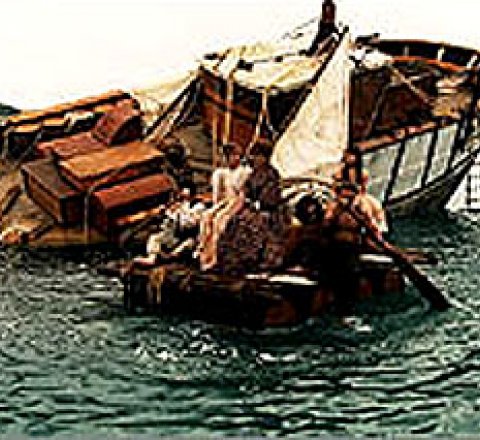 This show talks about the Robinson's family who is composed of David (the father), Elizabeth (the mother), Ernst (the son), Johanna(the daughter), Christina(the younger daughter) and Bruno (the dog). They decided to go to Middle East by boat. Because they're rich, the sailors decided to steal them and Mr. Robinson killed one of them, by accident. The brother of this sailor wants to avenge him and to kill Mr. Robinson. One night a orage sink the boat and everybody except the Family Robinson, Billy the ship's boy, Emily the rock woman who is a a young Chinese, Ben a sailor and Parsons the brother of the sailor who is died, everybody drowned. Robinson's family discovered an island where they are alone. Alone? No, not really. Billy and Emily lives there too and the Robinson adopted them in their family. But Ben and Parsons are in a island who's near then their and they decided to kill the Robinson...

Season 1 of The Adventures of Swiss Family Robinson