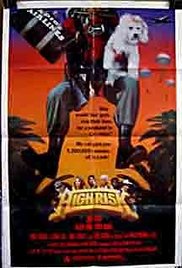 Where to watch High Risk
Four American friends, badly needing money, decide to make a commando-like raid into a South American country and steal $5 million from the hacienda of an American-born drug dealer who lives there. The four Americans then succeed rather easily in stealing the money, but soon run into trouble trying to get back out of the country, as both the drug dealer and a small army of bandits each hunt them down trying to get the money. Written byDon_Mac

"Really good character devlopment,it is certainly a REPEAT VIEWER,but stay with it until the very last or you will miss out"