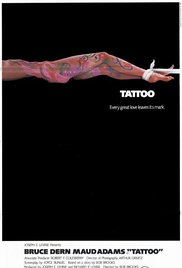 Where to watch Tattoo
Karl Kinsky, an unbalanced tattoo artist, becomes dangerously obsessed with Maddy, a model he meets when he's hired to paint temporary tattoos on a group of women for a photo shoot. As his obsession grows, Kinsky becomes increasingly determined that Maddy should bear his "mark" ... forever. Written byEugene Kim <genekim@concentric.net>

" Bruce Dern is a very good choice when it comes to roles of deeply disturbed characters, and he can do a good job showing all the layers that mentally unstable can be coated with"