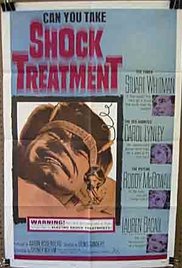 Where to watch Shock Treatment
Following on from "The Rocky Horror Picture Show", this musical is set several years later in Brad and Janet Majors' hometown - which has become a giant TV station; residents are either participants or viewers. They are married now, but their romance has fallen on the rocks. Ostensibly to fix their marriage, Brad is imprisoned on the program "Dentonvale" (the local mental hospital) while Janet is conscripted to become a new star. As Janet is entranced by the high life, she forgets Brad. Who is trying to woo her away? Written byMiss Rori Stevens