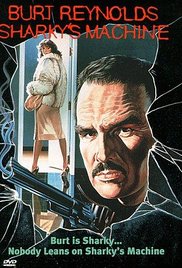 Where to watch Sharky's Machine
Tom Sharky is a narcotics cop in Atlanta who's demoted to vice after a botched bust. In the depths of this lowly division, while investigating a high-dollar prostitution ring, Sharky stumbles across a mob murder with government ties, and responds by assembling his downtrodden fellow investigators (Sharky's "machine") to find the leaders and bring them to justice before they kill off all his partners and witnesses, including Sharky himself. Written byUnknown

" At the same time, the film finds ways to interject humor at the coolest moments"