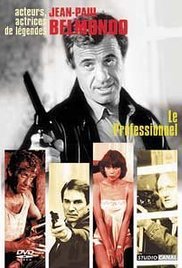 Where to watch The Professional (Le professionnel)
French secret agent Joss Baumont is sent to one of the African countries to kill their president Njala. However, at the last moment the political situation changes and the French secret service turns him in to the African authorities, and he is sentenced to a long-term imprisonment. After the daring escape he returns to France and deliberately informs his former chiefs of his presence promising them to kill Njala who has just arrived to the country with the official visit. Written byYuri German <blsidt1@imf.org>