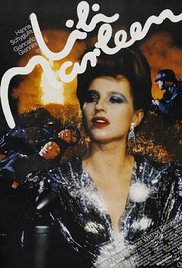 Where to watch Lili Marleen
In Switzerland German singer 'Willie' falls in love with Jewish composer 'Robert' who offers resistance to the Nazis by helping refugees. But his family thinks that 'Willie' is also a Nazi and may be a risk for them. One day 'Willie' helps 'Robert' but has to stay in Germany. As Willie starts to sing the song 'Lili Marleen' she becomes very famous and every soldier hears that song via radio at 8 pm. Although even Hitler wants to meet her she still does not forget 'Robert' and helps to smuggle photos of concentration camps to the free Switzerland. When 'Robert' wants to visit her he is captured he can finally get free again but he will never see Willie again until war is over. Written byMarco Louis <Alouisius@hotline.pfalz.de>