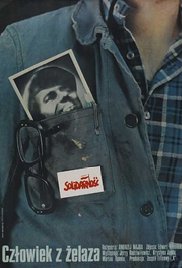 Where to watch Man of Iron (Czlowiek z Zelaza)
A worker becomes a "man of iron" forged by experience, a son comes to terms with his father, a couple fall in love, a reporter searches for courage, and a nation undergoes historic change. In Warsaw in 1980, the Party sends Winkel, a weak, alcoholic TV hack, to Gdansk to dig up dirt on the shipyard strikers, particularly on Maciek Tomczyk, an articulate worker whose father was killed in the December 1970 protests. Posing as sympathetic, Winkel interviews people who know Tomczyk, including his detained wife, Agnieszka. Their narrations become flashbacks using actual news footage of 1968 and 1970 protests and of the later birth of free unions and Solidarity. Written by<jhailey@hotmail.com>