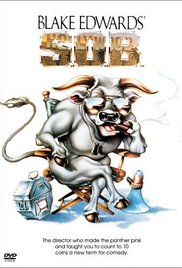 Where to watch S.O.B.
Felix Farmer is an extremely successful Hollywood producer, whose movies for Capitol Pictures have never lost money,... until now, with his latest, most expensive film to date, Night Wind, ending up being a major flop. The film, starring his popular Academy Award winning actress wife, Sally Miles, who has a G-rated screen image, almost bankrupts the studio. As such, the studio execs turn on Felix, who want to take over creative control of the movie and re-edit it to lessen the damage. It also turns Felix suicidal, his mental state which in turn leads to Sally leaving him and taking their two children with her. As Felix tries and tries again unsuccessfully to kill himself, he finally stumbles upon an idea which gets him out of his depression. He plans to use his and Sally's money to purchase the movie back from the studio, and re-imagine it by adding a few new scenes, to drastically altar it from the G-rated fantasy film it is, to an R-rated sex romp, complete with Sally baring her ... Written byHuggo

" There are many who felt it was too over-the-top when first released, but as the years go by, it becomes more and more a reflection of how real life is in the dream factory"