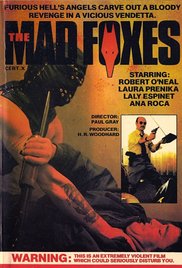 Where to watch Mad Foxes
Hal and his girlfriend are out for a drive and a little fun when they are taunted by a group of bikers. Annoyed by the bikers, Hal causes an accident in which one of the bikers is killed. The bikers then follow them and brutally beat Hal and rape his girlfriend. Soon Hal and the bikers are caught in a bloody war where each takes revenge on the other again and again - each time raising the stakes just a bit more with their super violent retaliation in this CRAZY and extreme cross between the biker and the revenge film. Written byMasood Meery / Mashhad / IRAN